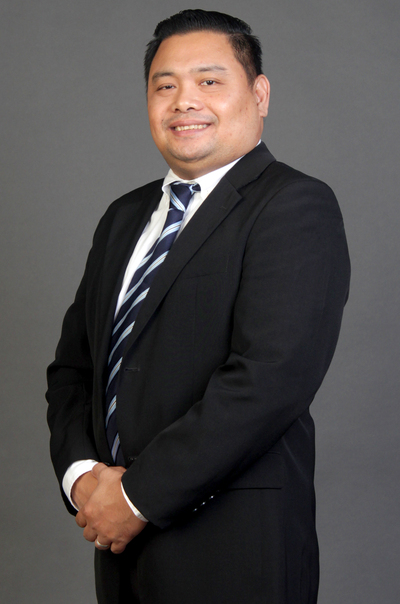 Amable Vicedo is a seasoned Executive Search professional with almost 10 years of experience in the Banking and Finance industry.

He started his career in the executive recruitment industry in 2007 when he joined Artemis, a local research firm of Webbe International. He started to manage the Private Banking desk and reported to Consultants in Singapore and Hong Kong. He then moved to manage the Capital Markets group. During his stint with Artemis, he was accredited to helping consultants in placing Senior Private Bankers and Senior Traders in the same countries.

His banking career began with Far East Bank and Bank of the Philippine Islands (BPI) where he was initially hired as a Branch staff. He familiarized himself with all the responsibilities of a staff and eventually a Senior Staff with BPI. He then moved to Citibank Savings in 2005 as a Relationship Manager marketing different bank products as well as investment products.

He then moved to become a Consultant for Slate Research in 2008, a subsidiary of Slate International. He was instrumental in heading their expansion in Hong Kong. He was able to get big ticket companies like Daiwa Securities, BNP Paribas, Credit Suisse to name a few. After which, he joined Thomson Reuters in 2009 as a Knowledge Network Specialists. He was one of the pioneering virtual trainers that handled training in 3000Xtra, Eikon, Eikon for Wealth Managers and the Thomson Financial products. He moved to work for Global Sage, a Hong Kong based executive search firm specializing in the Banking and Finance industry as a Researcher in 2014.

In 2015, he went to work for a boutique executive search firm in Hong Kong, Armi Executive Search, as a Consultant. He pivoted the hiring of C-suite in major Chinese Asset Management firms. He went back to the Philippines in late 2015, worked for Bo Le as an Associate handling Banking and Finance, Professional Services and Emerging Industries and now currently an Associate Director in Banking & Finance, Emerging Industries of RGF Executive Search Philippines.

Abey is a graduate of the University of the Philippines with a degree in Linguistics in 1997 and and Masters in Business Administration in 2003.

A message containing a confirmation link has been sent to .
Please check your inbox. Once your address is confirmed, you will be able to use our services.

Type in your email address, we will send you a message so that you can reset your password.
Back to Sign In
Don't have an account yet? Register

A message containing a confirmation link has been sent to .
You will be able to change your password from this link.
Please check it within 30 minutes. It will become unavailable after this period.